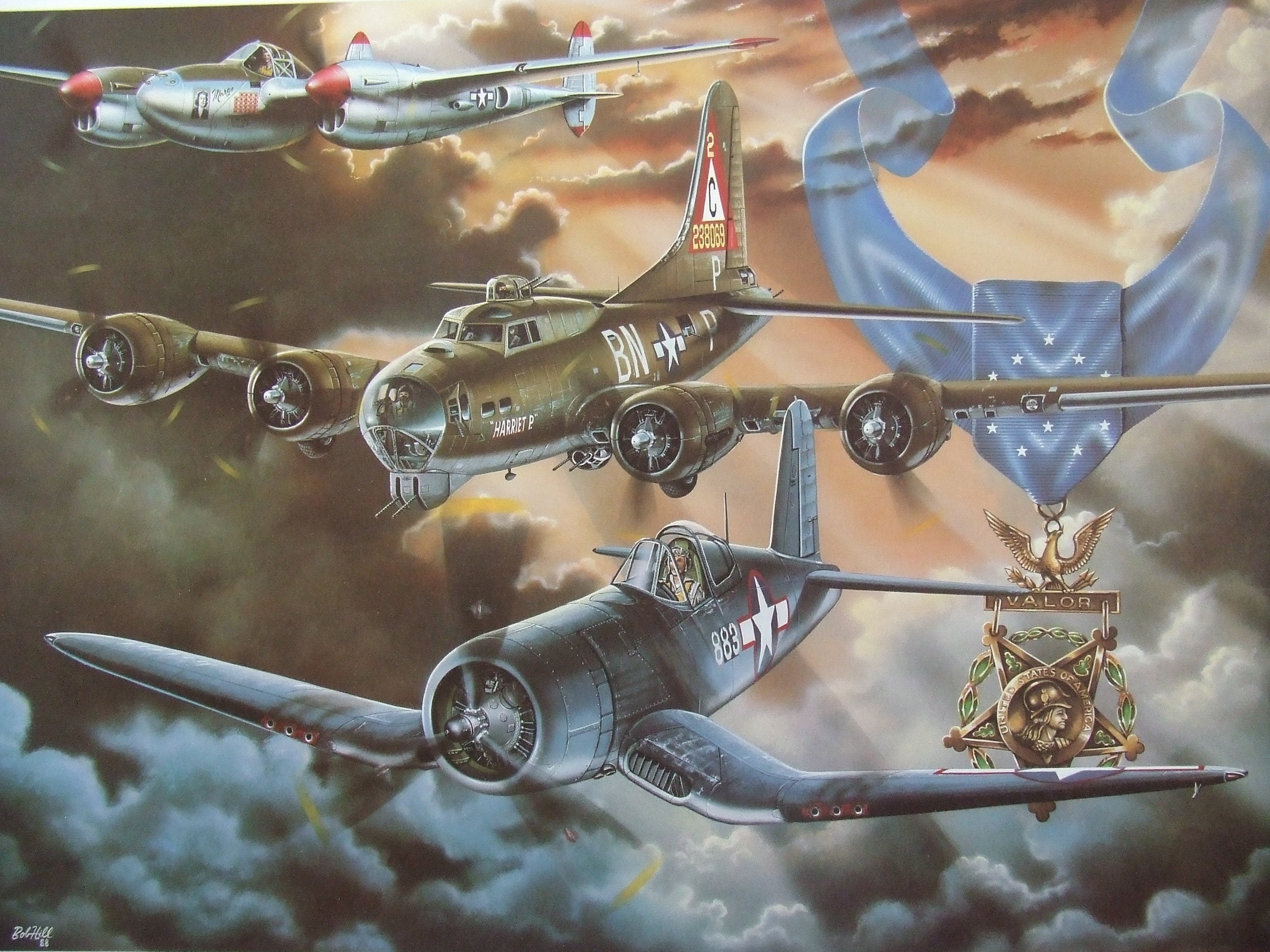 Major Richard I. Bong was born in Superior, Wisconsin on September 24, 1920. He was one of the most decorated Army Air Corp pilots of WWII flying P-38 "Lightnings" in the Southwest Pacific.  He received the Medal of Honor on December 12, 1944 from General Douglas MacArthur.  He died on Aug. 6, 1945.

David Richard Kingsley was born in Portland, Oregon on June 27, 1918. In 1942, he became a bombardier assigned to the 97th Bomb Group based in Italy.  On June 23, 1944, he valiantly gave his life to save a wounded crew member on his B-17.  He was posthumously awarded the Medal of Honor.  Kingsley Field in Klamath Falls, Oregon is named in his honor.

Gregory "Pappy" Boyington was born in Coeur D'Alene, Idaho on December 4, 1912.   He was a flight leader with the famous American Volunteer Group in Burma, the Flying Tigers.  He is best known for flying F4U Corsairs in the South Pacific with the Black Sheep Squadron.  He was credited with shooting down over 25 enemy aircraft and was also shot down and became a prisoner of war for over 20 months.  He received the Medal of Honor from President Harry Truman on October 5, 1945.  He died in Fresno, California on January 11, 1988.